HomeBlogMoments of TruthA Canopy of Coyness: Brushing Past A Breast

A Canopy of Coyness: Brushing Past A Breast

True to the chagrin of the frequent economy class fliers in us, the general compartment was a cattle class. Mortification took a back seat to the fact that it was the last train to Howrah from Contai for the day. I suddenly became conscious of the ignominy, writ large at my face, to be chanced upon as disregard for others. A four hour ride in a compartment that had its toilets occupied with flowers and vegetables that would be made available to the snooty and plastic card heavy wallet consumer in me, the very next day at the hyper market!

The compartment was a canopy of coyness, for the hands of the male passengers were brushing unabashedly against the uninviting breasts of the female passengers, till I realized that the triumphant shouts were the counts of the number of black or the red ‘sets’ in a humble card game of ‘29’. And, it took less than ten minutes for us to get absorbed in the game and even interrupting and offering unsolicited inputs for trading and ‘trumping’ the Jack, Queen, King and the Aces inviting ‘not- so- welcome’ and furtive glances from the players sporting moustaches laced with the soft skin of the ground nuts, deftly devoured during the heights of incompatibility arising out of the partners’ inability in anticipating the next move!

By time we reached Kharagpur, the canopy of coyness started witnessing sporadic activity of making the best of the delicacies being made available in the platform and coming out of the colourful bags of the passengers that brandished best of the brand names in accessories and fashion. Spurious and fake in make, so what? You don’t carry and find an Adidas shouting ‘just do it’ every now and then. I had by then, stopped requesting the TTE of finding me an accommodation in the AC coach, but of course, against a suitable ‘bandobast’ fee. And as the journey resumed, I found an elderly man taking cognizance of the ‘Hush Puppies’ deserving a rest and offering me a ‘brush-past-a-breast’ proposition. I considered, not at the prospect of the offer, but for the fact that I really needed to take a seat for the next two hours of travel.

The next natural step in obligation was exchanging and acknowledging each other and thankfully, I stopped right at time in not fishing out my business card to hand it over to him. I inquired about his place of stay in the city assuming it to be one of the nondescript areas that will never matter to me anyway but on hearing his reply, decided to stay ‘mouth-shut’ till Howrah. He claims, he stays at the top floor of the Royal Mansion in Russel Street, a signature and a quasi heritage address of the city. He must have figured out the discomfiture in me and my inability to believe in what he said, for he gave a warm smile while we entered Howrah station and when I was about to get-off, he told me that he indeed resided at the glorious address in the city, for he was as a lift-man cum caretaker for the last 40 years and that the top floor is nothing but ‘palm greasing arrangement’ of a temporary shed getting converted as a permanent fixture in the roof-top of the Royal Mansion!

I became, inadvertently and suitably a true traveller in the canopy of coyness. 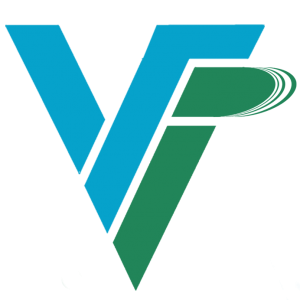 how can we help you?

Contact us at the office or submit a business inquiry online.